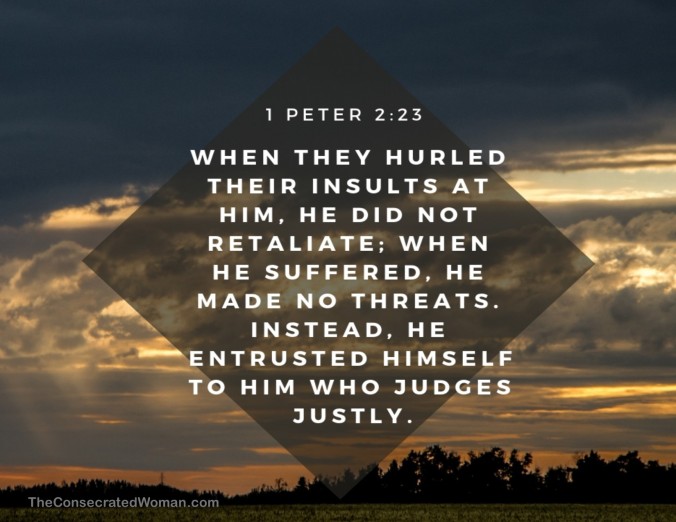 When they hurled their insults at him, he did not retaliate; when he suffered, he made no threats. Instead, he entrusted himself to him who judges justly.

It’s in our nature to protect ourselves when we are being attacked whether it’s insults, criticism, or lies. We want to fight back and retaliate with more of the same, we want to defend ourselves with our own arguments.  But when Jesus was being insulted and suffering He did not retaliate.  He put his trust in His Heavenly Father and let God’s will be done.  Put your trust in God and let Him be your defender, He will fight for you and He will judge your enemies accordingly.